One possible tank for my Nogovan Army Project is upgrading T55 tanks left over from the wars with the Soviets during 1984 and using the upgrade package developed by the Morozov company. 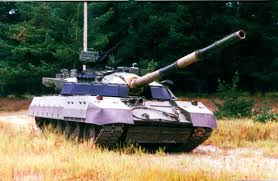 The T-55AGM is a tank, a Ukrainian modernization of the T-54/T-55 developed by the Morozov company. It brings former Soviet T-54/T-55 tanks to the standard of the T-80. The T-55AGM rebuild package can also be applied to Chinese made Type 59s and the Soviet T-62. As these upgrades are developed for export only, the variants may differ greatly in accordance with the customer.