the Yakovlev Yak-52 (Як-52) is a Soviet primary trainer aircraft which first flew in 1976. It is still being produced in Romania by Aerostar, which gained manufacturing rights under agreement within the now defunct COMECON socialist trade organisation. The Yak-52 was designed originally as an aerobatic trainer for students in the Soviet DOSAAF training organisation, which trained both civilian sport pilots and military pilots.

Since the early 1990s and the fall of the Soviet Union, many Yak 52s have been exported to the west. Of the approximately 1,800 produced to date. 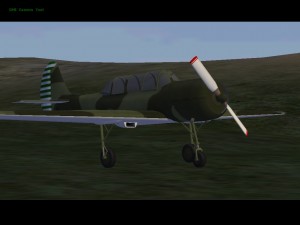